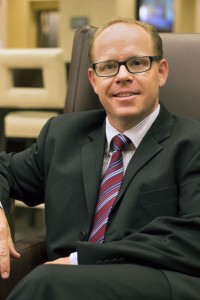 Terry is the President of Hansen Group Company, a sales performance improvement firm, and the creator of Hansen University, an online training platform with over 60 hours of online courses for sales professionals and sales managers. For over a decade, Terry has helped enterprises, nonprofits and startups find more prospects, close more deals, and retain customers longer. Terry and his wife have 5 kids, so that might be an even more impressive insight into his organizational skills. 😉

Like most people on this podcast, Terry never thought he’d end up in sales, let alone a sales trainer. A gymnast in high school, Terry ended up working as a stunt performer at Disneyland.

He almost ran off to join the circus. Literally. But with a young family, he needed more reliable work, so he tried sales. And was terrible at it. It took him years to figure it out (although less time than me).

He realized that most of his peers in the sales group had a really polished pitch, so he created his own. Only to realize that the really successful sales reps were much more about listening than talking. Today’s buyers already have a lot of information– they don’t need a feature dump.

Terry also realized that it’s really hard to overcome objections (despite the extensive sales literature on this topic). It’s much better to prevent those objections earlier in the sales process.

Terry realized that while their are lots of possible objections, they basically boil down to 4 main issues:

The PIMAT Framework. Use Terry’s framework to remember what you need to have a qualified deal:

Forget about overcoming objections– prevent them, instead. Grab your free PIMAT scorecard from Terry.

The wine (and more) 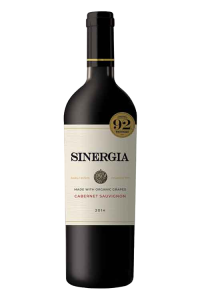 Reuben enjoyed a Los Frailes Sinergia Cabernet Sauvignon from 2014. It’s an organic wine, that started with a strong “this is an organic wine” taste (can someone tell me what that is?), but having a glass the day after I opened it, that taste was mostly gone, and what was left was a very smooth cab (I would have thought it was a different grape, if you’d asked me).

Terry doesn’t drink alcohol, so he had something much less healthy– the famous chocolate milk with potato flakes from Reed’s Dairy. It sounds like some kind of Idaho joke, and I’ve never had it, but those who have swear the use of the potato flakes improves the taste and texture over regular chocolate milk and people who have visited can develop cravings.

Where to find Terry:

Where you can find Reuben: @Sales4Nerds, @Mimiran, Mimiran.com (the easy CRM for people who are awesome at serving clients but would love some help getting more).