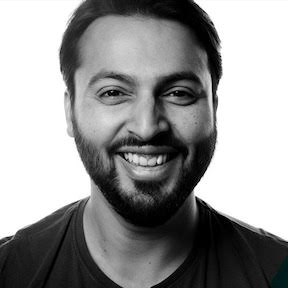 Rohan Kale is an international man of mystery. Ok, not so much mystery, but certainly adventure. He was on the typical track of a talented engineering student in India, grinding out 100 hour weeks for a big software company.

Wanting more, he made some bad choices, and got sucked into online gambling.

Needing to get away from that, he made his way to Germany. (He’ll explain why, and how we learned German and got a job at Daimler after arriving with no German language.)

Once again wanting more– to have the freedom to travel and explore the world– find out how he decided to start an online video marketing company (naturally, without knowing anything about video production).

In this episode, Rohan discusses:

Plus, some tips from on a pro on how to craft your own videos, including:

Plus, get some travel inspiration from Rohan’s travel schedule and adventures at Oktoberfest.

Rohan was drinking a Helles beer from Munich. Helles (“helles” means “bright” in German— this beer was developed in response to the popularity of lighter Czech lagers in the 1800s).

Where to find Rohan: