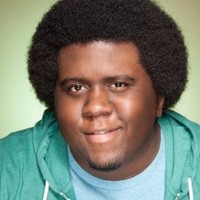 Maurice had always enjoyed using computers, even as far back as elementary school. He intended to get a computer science degree, but found that his degree program wasn’t very practical. He switched gears a little and became a math major. Maurice was named as one of GDUSA’s “People to Watch” in 2018, and was named one of Atlanta’s “Power 30 Under 30″ in the field of Science and Technology by the Apex Society. Maurice was also selected as one of HP’s “50 Tech Tastemakers” in conjunction with Black Web 2.0, and was also selected by Atlanta Tribune as one of 2014’s Young Professionals. He recently won the Steven Heller Prize for Cultural Commentary from AIGA. He’s the host of the RevisionPath podcast, highlighting black designers and developers.

How did he accidentally end up in sales? He needed a job and telemarketers were hiring. It was humbling and soul crushing. He ended up getting fired.

Got a job working in design, based on a portfolio he had built up over time. This felt like his first real job, where he had a door with an office.

He worked at WebMD and AT&T, which sounds like it was a strange “Office Space” kind of dystopia, like a weird Black Mirror episode.

When he quite and started on his own, he had a rough time because selling was hard. He started working on a political campaign, in the aftermath of Obama’s successful use of the internet, which at the time seemed very cutting edge for the political world. (This was back in the day when MySpace was bigger than Facebook.) This led to business opportunities with other people in the city. He also joined forces with 2 other people, using this extended network to help land clients.

He ended up running his own agency for 9 years, then joined Fog Creek Software, after feeling like so much of the design world got commoditized. There, he specializes in creating content, and he’s got some important tips:

“Talk to your audience, get to know them.”

Black Mirror (Netflix TV series– prepare to be disturbed, especially one of the episodes that seems a little too much like one of the jobs Maurice mentioned in the interview) 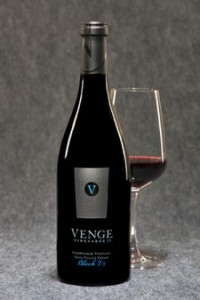 Venge Vineyards 2015 Stagecoach Syrah –currently sold out at the vineyard– I was lucky enough to grab some at a local event– it’s a bit fancier than the wine I usually drink. 😉 Yummy, but very rich– you may want to have it with some food. (Goes nicely with BBQ, according to my research.)

Where to find Maurice: