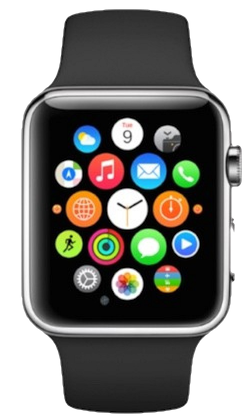 One year in, the Apple Watch business is probably as big (bigger?) than Rolex. It’s also a flop, according to many folks. I don’t have one and don’t want one. (I haven’t worn a watch since I had kids. I didn’t want the clasp to hurt them when I held them. I haven’t missed it.) But when Apple put so much attention into the watch project, I was curious to see what they would create.

I’ve played with the device a few times at the Apple store, wondering what I was missing. Unfortunately, rather than make me realize what I was missing, I could barely figure out how to work the thing. When Apple wanted to pay homage to watches of old, I don’t think they meant the part where you try to hit all the buttons in different orders to see how to adjust the hour for daylight savings time, or figure out if your alarm was set. But that’s what it feels like. Unlike the intuitive, simple interface of the iPhone and iPad, I have to know which button to push, or which part of the screen to touch, or maybe I need to turn that world’s tiniest scroll wheel. And depending on what I’m doing (if I actually manage to launch an app), those actions cause different things to happen. Sure, I didn’t spend that long trying, but I’ve tried several times, and apparently this problem doesn’t go away even if you own one.

In the watch world, “complications” are a good thing. For most people, they’re a bad thing. I think Apple tried to do too much. They launched the iPhone without 3rd party apps (and rightly fixed that, later). They could have made a great watch, a great fitness device, and a great notification device. (I haven’t experienced notifications, but people who actually like their Apple Watches tell me that subtle notifications are the best part.) The could have let notifications from apps on the phone go to the watch without those third party apps running on the watch (for now). (I also expected the interface to be more like the old iPod, being able to use touch on the sides of the bezel, without having the thickness and energy needs of a touchscreen, but what do I know about this stuff. I also thought that you’d be able to configure a few wrist motions to make it easy to do some key things without using your other hand.)

Anyone have a watch from Apple or other “wearable” competitor? What do you think? 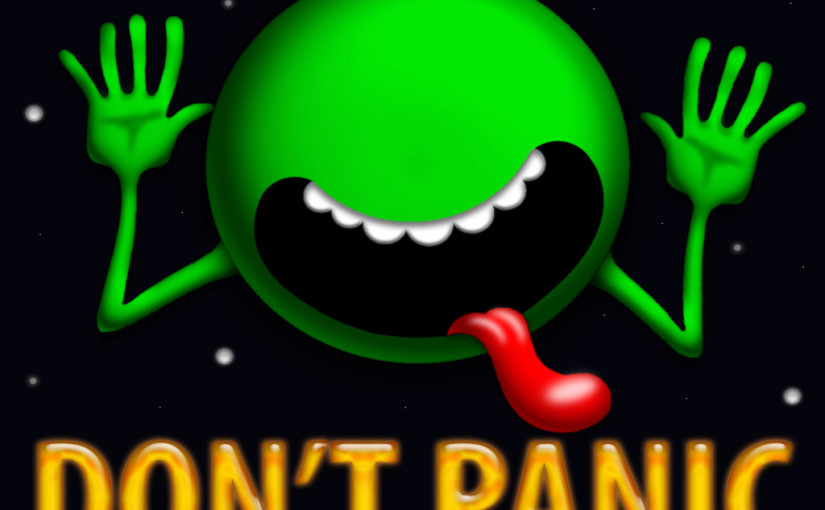 When you have a technical background (and a technical mindset) and you have to go on your first sales call, there’s a natural tendency to panic. Some people avoid this by having no idea what they don’t know, so they don’t panic until later, when they realize they’ve screwed up chances to make lots of money and work on interesting things.

While panic is an useful mechanism to remind you to take step back and take a deep breath, it’s not a good response in a sales situation. (Or any other situation, really.)

Of course, that’s easy to say, but panic is sometimes hard to avoid. I was on an early morning flight to meet with a prospect that a partner had arranged. This was a great opportunity, but the partner had been guarded about the details. It sounded like something we could help with, but I wasn’t sure what to expect. The thing I didn’t want to do was fly across the country for nothing (especially on a 6am flight). But the uncertainty was making me nervous.

Panic set in. Then, I took some deep breaths. (This is probably the most important physiological thing you can do.) Surely, I’m not the only klutz who’s spilled coffee on his shirt before a meeting, right? Right?

When I got off the plane, I found one of those overpriced stores that sells clothes to people who spilled coffee on their shirts. I paid the price, which I would never have done under normal circumstances, and went to my meeting.

We were in a big conference room where the table was big enough to have a gap in the middle. Lots of people were there. That was good, in a way, because it meant that this was important. It was also bad, because I’m introverted, and a much prefer a direct discussion with 1-2 people than a presentation with 8-10 people, who I can’t possibly know well.

Fortunately, the prospect had a problem that they wanted to talk about. I was interested in learning about it, and thinking about how to solve it. I thought about a mental trick I developed to help me deal with situations like this. How would I handle this if these people were friend’s of a friend? (Which in a way they were, as they were close with the partner.) How would I act if there was no money involved, someone just wanted some help with something? Suddenly, it doesn’t feel like “sales”. The awkwardness is gone, and I could just try to be helpful.

The day went well, and we ended up with a six-figure deal. And I didn’t spill anything on my shirt on the way home.

(For tips on how to make 3 essential mindset shifts when moving from a tech role into sales, click the big green button in the sidebar.) 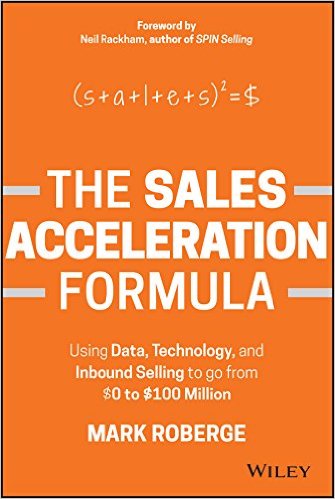 It doesn’t get any “Sales for Nerd-ier” than this. HubSpot’s Mark Roberge, author of The Sales Acceleration Formula, is in town on April 25 to talk about:

Don’t miss it. Get your free tickets here.

Think you have trouble giving a sales pitch?

Just look at Elon Musk’s introduction of the Model 3.

This guy is brilliant, he’s a billionaire, he’s a poster child for changing the world, and even then he’s not entirely comfortable giving a sales pitch for a product that 100,000+ people have paid $1,000 each to reserve a place in line to purchase.

But he got up there to give the pitch, because it’s important. And the message is more important than how smooth a public speaker he is. 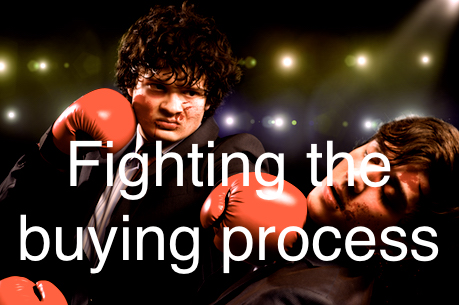 When we start selling, we often find a blog post, a book, a CRM tool, etc that gives us a “sales process”. Then we implement the process. As engineers, this feels good. There’s a system with defined inputs, activities, and outputs. We get excited and start (gasp!) making phone calls. However, something feels off.

We’re fighting with the customer’s buying process. So we’re working very hard with little to who for it. Because we have defined success exclusively in our own terms– moving prospects through the stages in our funnel– we have a hard time with prospects who don’t move through the funnel as quickly as we would like.

Yet, when we buy something, we hate pushy sales people who are more focused on closing the deal than helping us.

It is important to have a sales process (and we’ll get into that in later posts), but your sales process can’t (shouldn’t) fight the prospect’s buying process.

Mike Wilner, co-founder of hellocompass.com, has a great post called “How Our Customers Taught Us How to Sell“.

We did this by waving goodbye to the “always be closing” mentality and stepping outside of the vacuum where our first sales process was created. Instead, we let our customers teach us how to sell to them and designed a new sales process to reflect that.

Check it out, and think about how your customers want to buy. Then design your sales process to support your goals and theirs. 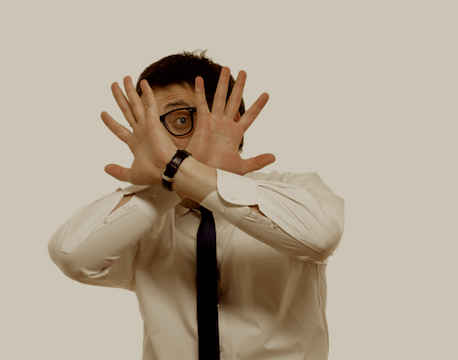 (“Of course it integrates with your abacus-based accounting system. No problem!” Who has to make things actually integrate? The engineers. Then, when the project is late and you didn’t get your bonus, while the sales rep buys a BMW and takes his family to Tahiti with his commission, your resentment deepens.)

Then, when you start your own consulting business, you suddenly realize how important sales is. Not that you’d ever promise things that you can’t do, but you need to close business. How can you win deals without turning into the very caricature you hated? How do you grow without putting yourself and your team in the same impossible situations that made you miss your bonus?

This site is for people who didn’t mean to end up doing sales (and marketing), but  somehow did. Maybe you started your own company, or got promoted to a position that requires sales. I’ll share some of my stories (many hilariously awful), and stories of people who have succeeded in sales from unlikely backgrounds. As I’ve talked about my journey, I realized a lot of people are on a similar journey, and we could help each other learn the easy way instead of the hard way (at least some of the time).

Welcome to Sales for Nerds! Leave a comment with your stories, challenges, and questions.